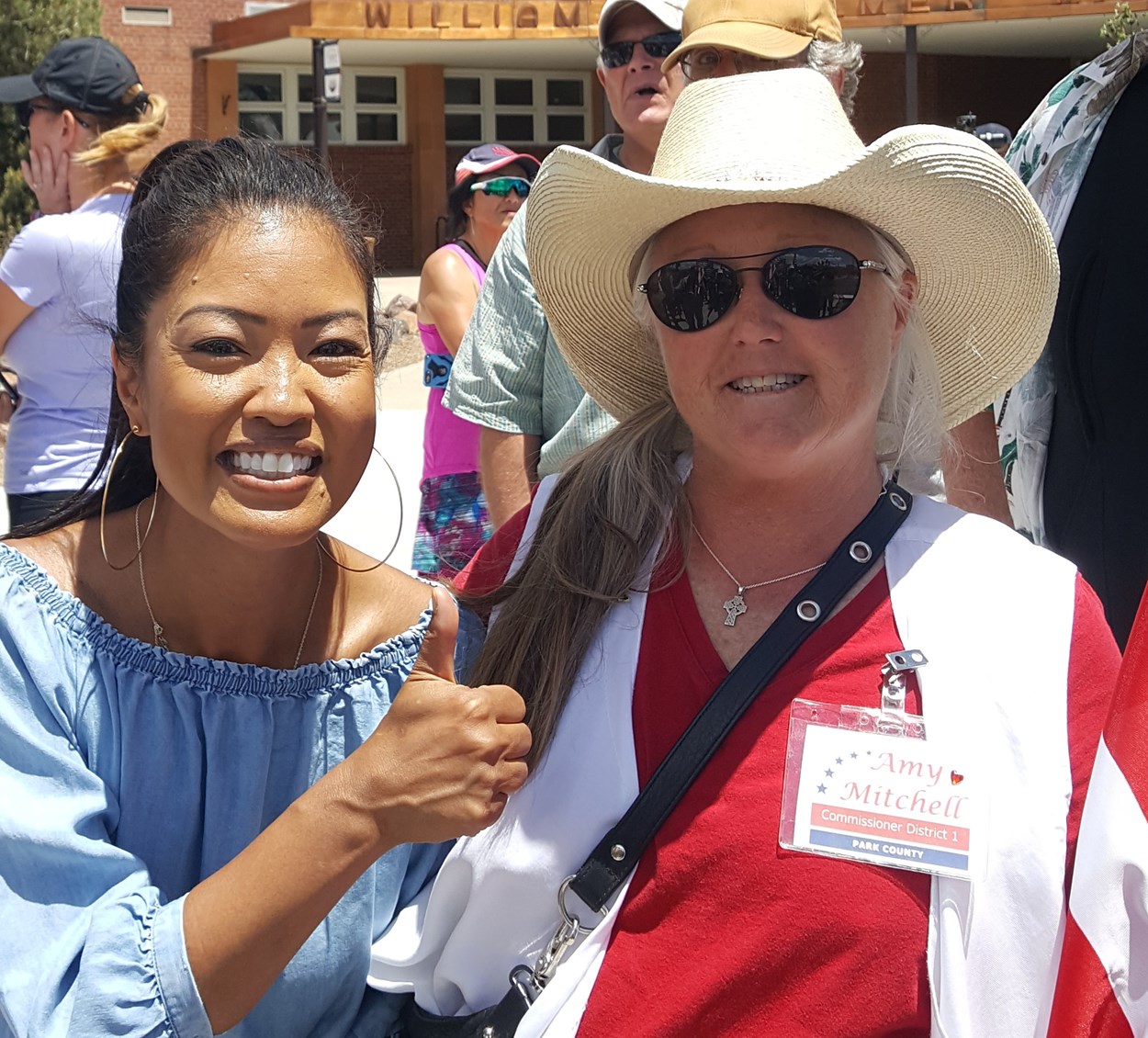 I am pleased to endorse Amy Mitchell for County Commissioner District 1, Park County. She has passion for Colorado and will fight for your liberty and freedoms, and for limited, fiscally conservative government.

I couldn't be more pleased to endorse the candidacy of Amy Mitchell, for Park County County Commissioner, District 1. For voters interested in a candidate with an unwavering commitment to promote Liberty, personal freedom and responsibility, and to do so with only minimal government, Amy is your candidate...and I hope will be mine. I own a second home in the Lake George area and want my County Commissioner to be watchful of how my tax dollars are spent and to keep county government in check. As a Colorado State Legislator for ten years, I am well aware of how government continually seeks to find "good" ways to increase its power over our liberties. I want Amy Mitchell as my County Commissioner: I can absolutely trust her restrain government's constant attacks on my freedoms.

I endorse Amy Mitchell for commissioner. She is a strict conservative, and former leader of the Tea Party movement in Colorado during the Obama years. She's smart as a whip, and right on the issues. Vote for Amy!

I wholeheartedly endorse Amy Mitchell as your next Commissioner District 1, Park County, Colorado. I have known Amy for over 10 years and have seen her serve in so many different capacities that I'm not even sure where to begin... Amy helped me start the non-profit Honor Flight of Southern Colorado in 2011. She gave her entire heart and soul to the mission of taking WWII and Korean War veterans to Washington D.C. for the trip of their lifetime. When funds were low, she paid for several of our veterans to go on the trip - out of her own pocket and on top of her own expenses. We (the board members and Guardians were required to pay our own way). She dedicated 100’s of hours in the planning, organizing and scheduling of these massive, detailed-oriented trips. I can honestly say that Amy was the heart and soul of our organization.

Amy was the TEA Party before the TEA Party was "Cool"; she chaired the organization educating our community on conservative governing principles. Her love for Colorado and the roots that shaped her is evident in all she does. I was blessed to have also served with her on the board of the Colorado Springs Republican Women for 3 years. Amy is a fiscal and social conservative and will never waiver on her values or the principles she holds dear. The 2nd Amendment is something near and dear to my heart and as an instructor in the firearms industry, you should see Amy with her Granddaddy’s 1892 lever action rifle! Amy has a pure servant’s heart through and through- you would be so lucky and proud to have her represent you in beautiful Park County, Colorado!